The kologo-legend and “Heaven No Beer” singer is back in town with a big boom. His new album is the outcome of a journey from England to Accra and back during the last two years. Searching for a new sound with the resumption of the music history Atongo is writing since decades, the production of his new Album A to Z brought out his new band, which understands how to melt the kologo-tradition with Atongo’s open minded musical understanding, merging the sound from the north with the vibe of the cities and the whole wide world.
You can get the album “Atongo Zimba – A to Z” on all digital platforms and of course on Christmas Eve at Beda’s Event Center, where Atongo Zimba is going to present his new music with his fabulous band.
Atongo Zimba – voc, kologo
Beda Ehrensperger – bass
David Odoom Jnr – drums
Kamarou Dakode – keys
Okoe Amarteifio – perc 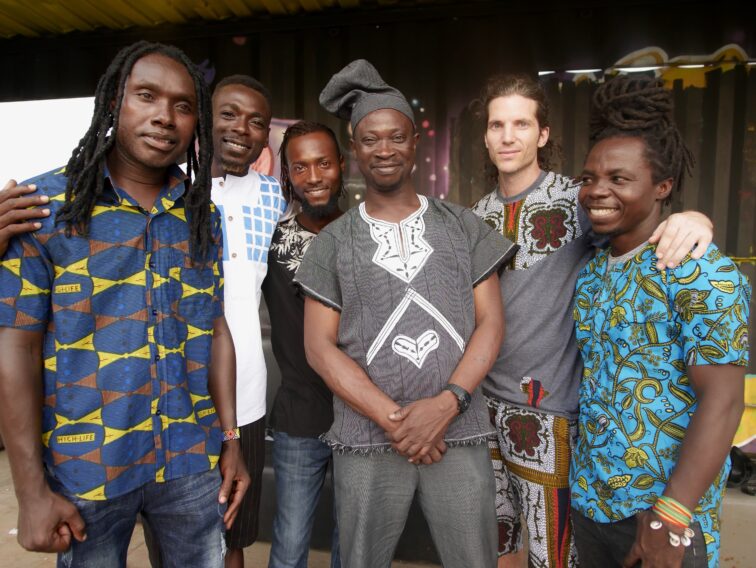